Corndog Chronicles is the sixteenth episode of 12 Oz. Mouse. It aired on November 19th, 2006.

The episode begins as Fitz has dreams about talking to Shark in his office. He tells Shark he's been having "crazy dreams." He says there about "the end...with fragments of the beginning." Shark asks him if the dreams are episodic or segmented. Fitz questions why he would think this, since they aren't his dreams. Shark tells Fitz that they're "running out of time" and offers him a bottle of "Aspirind" pills with skeletal faces on them. Eventually, Fitz wakes up, but Liquor promptly knocks him unconscious again. Fitz continues to dream, as he talks to Roostre at his corndog farm. The two of them discuss Q109, "xenomorphinetation", a report chart, robots they built, and synthetic carbon polymers that "got them through." Fitz awakens and it appears he had been talking in his sleep, due to Liquor saying "What do you mean, gonna get out?" Fitz continues to weirdly speak, as he says "The robots", which Liquor is confused by. Fitz then starts to climb his wrack of clothes, dropping the weapons galore as he climbs. He finds a gold locket which resembles the Animal Chain that Pronto stole from Shark. Meanwhile, Pronto goes to a graveyard, which appears to be Amalockh's home. He summons the monster by giving him the Animal Chain. Amalockh grows to an enormous size and begins to destroy the city. Fitz and the gang begin to hear the thudding and roaring of the now giant Amalockh. Liquor tells Fitz the beast's name and that he's here to kill them all. Fitz responds with, "Well, then let's kill him back." 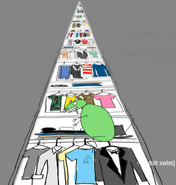 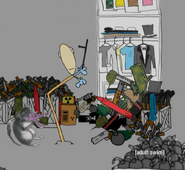 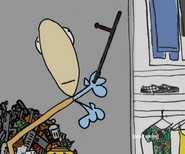 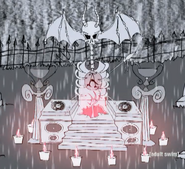 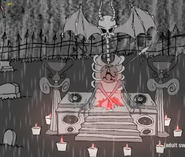 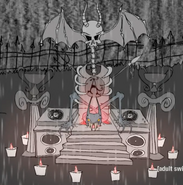 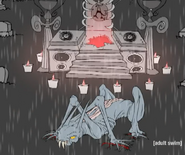 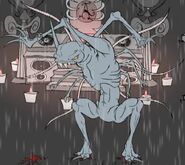 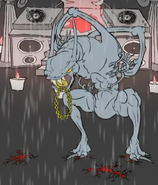 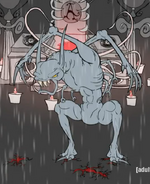 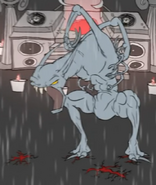