Possibly an human before; now an orb

CJ Muff, confirmed to be named Birmingham, is a character that is mentioned multiple times throughout 12 Oz. Mouse. Roostre explains that Muff was able to escape Q109 and he was one of his closest friends. He finally appears in "Farewell", as he is shown to be a glowing orb, resembling Archeus. His form before he escaped Q109 is never shown and is unknown. In the episode "First 12", when Buzby was tied up in Shark's Monitor Room by Clock. The voice of CJ Muff was heard on a monitor as he claims that he experienced a wild dream featuring a Shark. In the episode "Prime Time Nursery Rhyme", Sirus revealed to Roostre that he is CJ Muff, although it's unknown if this is truly confirmed or not.

His main alliance/friendship with Roostre seems to be unknown but he knows about him due to them being friends although all of it remains unexplained. He met Liquor when he was set free after the Corn-Droid was released when Roostre's Hand was connected to Roostre. Muff inquires where Fitz is, and tells Liquor that the asprind fields must be burned as Liquor knew about the fields. Muff claims that "they'll meet at the river", but will need Fitz. Buzby has also stated that Muff is his man.

CJ Muff's enemies are implied to be Shark, the Rectangular Businessman and Clock, as when CJ Muff was heard on a monitor in "First 12." He mentions something about a Shark bursting through his door while he was trying to sleep. 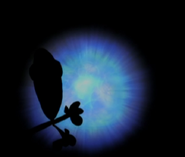 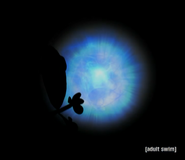