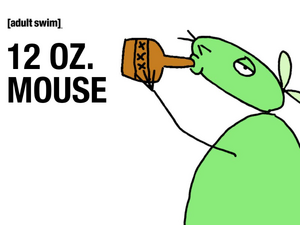 12 Oz. Mouse Wiki is a collaborative community run by fans, for fans! We aim to document everything relating to 12 Oz. Mouse. We currently have a total of 217 pages. You are welcome to sign up for an account to start editing today! Though, before editing, it is advised that you read the 12 Oz. Mouse Wiki: Style Guidelines to get a feel for this wiki's environment.
Discussions